TristramEvans said:
Speaking of Haslab, I had a hard time talking myself out of backing their Mandalorian Razorcrest. I don't collect Star Wars toys at all, but a combination of my love for The Mandalorian filling me with Star Wars Nostalgia of my youth, and that it's just such a cool representation really hit my dopamine sensors:

It was easy to talk myself out of this beauty since I focus on supers (mostly). It was painful... but I'm committed to avoid Star Wars LOL. Especially since I added GI Joe to the lineup.

The only two GI Joes I own, my second favourite couple in comics...

From the original 3/4 series - those are all you need

But these 1/12 scale ones are AAAAAWWEEESOME

I can resist GI Joes because I get my fix in 28mm..

I don't even particularly like Batman and I still think that looks cool.

This thread made me order Mego's Wrath of Khan Kirk and Spock. That is all.

Hot Toys are the kind of figures I can spend hours looking at online, knowing I can never justify the price to myself, but this one...this one I want...

They also do the most Frazetta Conan that ever Frazetted...

I'm going to spam a few more pics, because I just like these and want to share them for the millionth time.

Here are my big Dollfie Dream Macross girls all together in an impromptu concert. 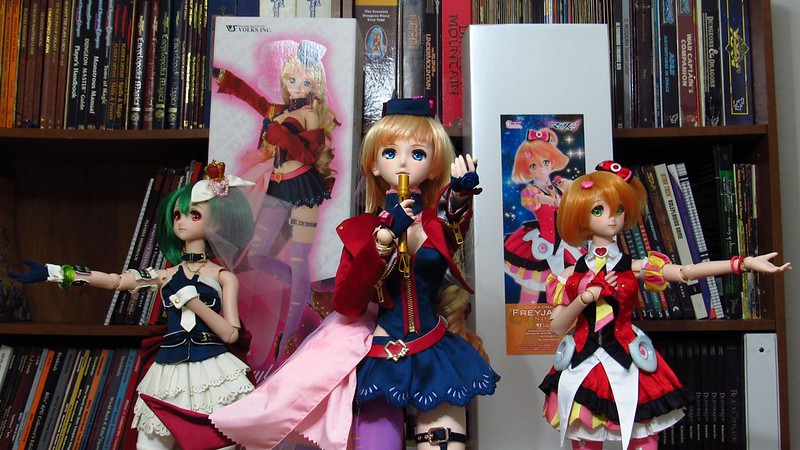 Before I had Sheryl Nome and Freyja Wion, I nevertheless had Sheryl's Wings of Goodbye costume. So my first girl, Amber wore it for this one. And if you look carefully you might see the VF-25 Messiah hidden in there. 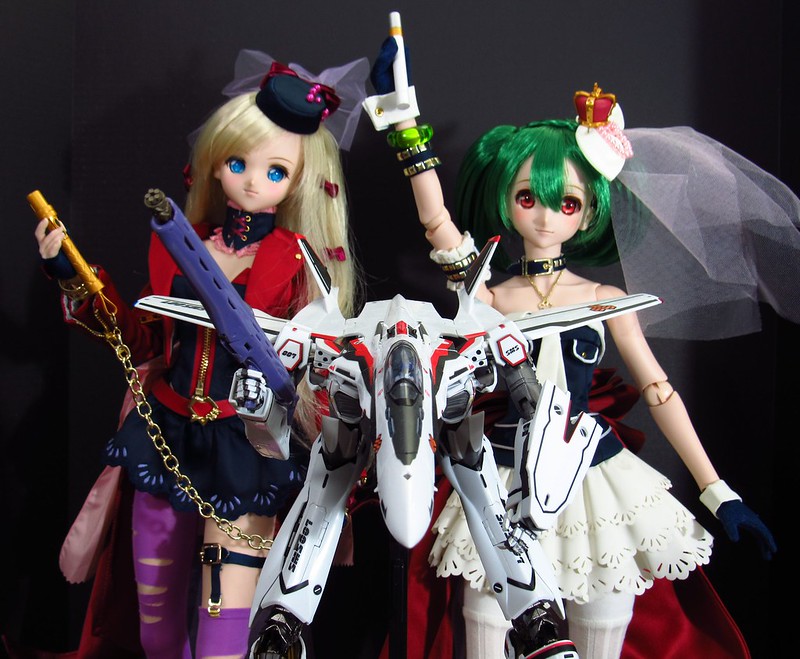 And then there's this, where I was looking at a scale figure of Kirika from Shining Resonance, and really wanted to try and make this shot happen. I even did some editing to remove the VF-2's stand. It's a shame that I didn't put it on a background color easier to give it some scenery.

Those are some BIG dolls!

That Keaton Batman is great. We just need the Nintendo Gameboy Batarang from Returns!

I'm glad I limit myself Moon Knight and Deathstroke.

Fox against the Geese

Did I accidentally kill the thread with my creepy dolls?

There was a little bit of Mego stuff upthread with @TristramEvans and @Supervisor194 .

Back when I was a little kid, the only Mego stuff I had was the Enterprise playset and a single figure, Mister Spock. A lot of my play pattern involved invisible monsters or scenarios with empty Enterprises like The Mark of Gideon. I always wanted a full bridge crew and some other figures for them to fight.

Back when Diamond Select was doing their Mego style figures and the re-release of the bridge playset, I turned my nose up at it all. I declared all that stuff looked like crap. I was a "serious" collector. So I spent my money on scale figures of unidentified anime girls with big hooters. Maturity.

But when Mego relaunched and I happened to pick up a Spock figure, it all clicked for me, and I really liked the Mego aesthetic. I realized it wasn't necessarily a visual thing, but was instead a tactile thing.

I have a Scotty and McCoy on pre-order right now, so maybe soon I'll finally have the core crew. As a kid I always wanted a Superman, so I decided to order one of those too.

Incidentally, one of the things I learned is that the Mego Married With Children release of Al Bundy is a stealth Star Trek release. The head on that figure is actually made in the likeness of the actor who played Ensign Leslie, one of the redshirts on the Enteprise. He just needs to be put in the proper uniform.

Also ordered a Figures Toy Company Mego style Supergirl. If the quality is decent then I'll probably get a few others they offer.

Good models are a bit pricier than they were when I was a kid. But that amount doesn't seem too bad for a 3 and a half foot long Discovery model.

I could probably paint that to potentially look a bit decent with even my absolute lack of skill. Just hose it down with some white primer. Maybe do some drybrush on a couple of spots. Then get a sharpie and spend days panel lining it.
You must log in or register to reply here.
Share:
Facebook Twitter Reddit Pinterest Tumblr WhatsApp Email Link