Endless Flight said:
It’s amazing how much worse that Flash looks compared to the 1992 series
Click to expand...

IIRC, when he moved, you could see that the lightning bolts on his forearms were not completely sewn onto the costume, and would kind of stand out. It was like Flash took fashion advice from Ragman

Things I love about this Fourth of July cover:

They released a new promo for Suicide Squad yesterday, with some behind-the-scenes footage. They also had some new footage, and I think it both spoils a plot point and at least two characters who survive; it may spoil more on who survives based on if you watch other trailers.

Before I stopped watching there was bit I found hilarious. They were going through and talking to the cast, many of whom were blowing smoke about the film. Then they got to the actress who plays Ratcatcher, and all she said was “I play Ratcatcher, who controls rats.”

It brought back fond memories of an interview with the cast of Buffy years ago, and after a half-dozen people going on that Joss Whedon was God, they got to Eliza Dushku, who just said “Yeah, he’s OK to work with” and that was that.

I figured Ratcatcher was going to be my favorite character in the DC movies, but that “I have no desire to hype anything or anyone” from her actress cemented it.

Well, I saw The Suicide Squad earlier this week (in Theatre).
It's a million times better than Suicide Squad (I did not see HQ:BoP), and gives Deadpool a run for his money.
Or as the only negative review on RT says "It’s about as anti-woke as you could possibly fathom, and there’s a complete disregard for what might be offensive to some viewers.".
Just what I needed after 15 months of lockdowns.

I was a huge fan of the Ostrander comic from the late 80s and sadly no iteration of the Squad since then has come even close to that kind of quality.

I’m glad to hear maybe that’s changed. Looking forward to checking this out next week on HBO Max.

The fact that John Ostrander has a small cameo... should put your mind at ease.

(not a spoiler; it's in the trailer)

When you’re promoting a multi-million dollar movie, but only got fifty bucks to hype it.


I love that in every interview she makes a point of saying she’s Ratcatcher “2.” I don’t know if her saying that is a tic of her character in the folm, or she’s really big on the idea of legacy characters.

The one good thing to come out of Superman III. I like to think that Christopher Reeve really enjoyed himself filming this.

Bought what I believe is the latest issue of Detective Comics, 1040 iirc. It was an interesting story. First DC comic I've bought in ages, so I have no idea why Bruce Wayne was turning himself in to Gotham PD & spending the weekend in jail, but the story about some random drunk who figured out that Bruce Wayne is Batman, but then forgot because he's a drunk, was pretty solid. Also enjoyed the backup story. And the fact that there was a backup story.

i’n still hoping the Grifter back-up story from the one Batman series gets collected. With cover prices what they are I can’t justify buying the series for a handful of pages each issues.

(If you listen closely, you can hear posters at a forum I used to frequent complaining I’m not a real fan for not supporting comics no matter the cover price)
E

Ralph Dula said:
(If you listen closely, you can hear posters at a forum I used to frequent complaining I’m not a real fan for not supporting comics no matter the cover price)
Click to expand...

Man, that is nonsense! I still buy single issues because I enjoy it, but it stopped making economic sense to buy them the same time that publishers started selling nearly everything in tpb format a few months after the singles come out.

E-Rocker said:
Man, that is nonsense! I still buy single issues because I enjoy it, but it stopped making economic sense to buy them the same time that publishers started selling nearly everything in tpb format a few months after the singles come out.
Click to expand...

I discovered about an hour ago that for Urban Legends DC is reprinting everything in a combined edition, rather than separate TPBs, as they have for other books in recent years with multiple stories.

Ralph Dula said:
(If you listen closely, you can hear posters at a forum I used to frequent complaining I’m not a real fan for not supporting comics no matter the cover price)
Click to expand...

They'd probably hate me for A) only buying digital and B) waiting for sales so I get said digital comics at a cheaper price. I'd of course tell them to go F themselves, because who cares what a bunch of a$$hats on the internet think of me

I only buy digital these days to save space.

I just found out the home release of the first Suicide Squad movie had an all-new comic with. My attempts to research keep bringing up the novelization, and I was wondering if anyone knew who wrote and drew it. 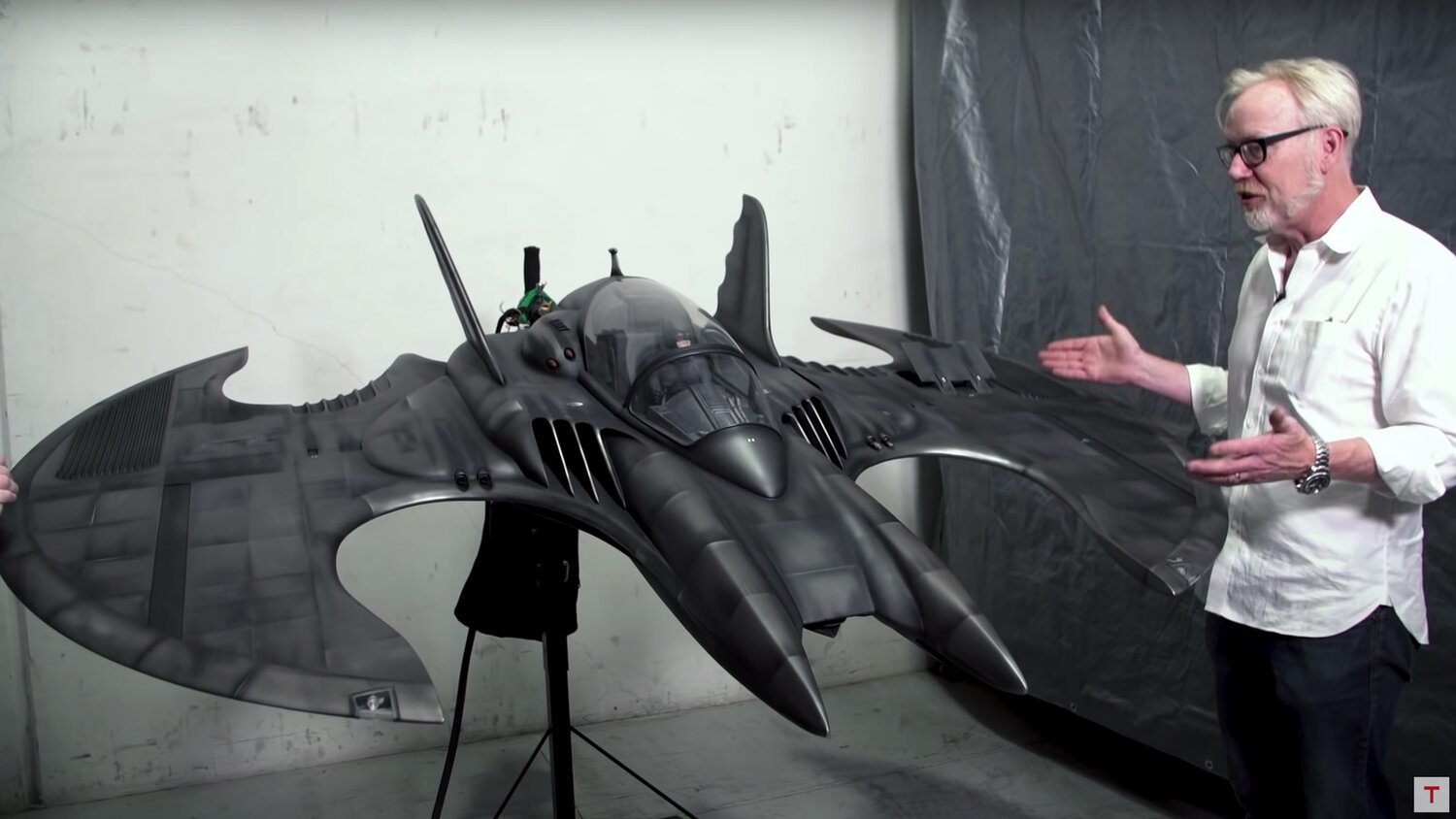 In a recent episode of Tested, Adam Savage visits the Prop Store where he’s treated with the opportunity to explore the incredible quarter-scale Batwing miniature that was used in Tim Burton’s 1989 Batman movie! This is the iconic Batwing model that was used for climatic flight sequence, restor

I had to shake my head at the Peacemaker teaser’s “It’s a uniform” moment, as I still have the Avengers issue that established costumes are considered uniforms over in the MU, and count as formal dress for parties.