Roleplaying on top of war-game rules

This is probably something up Gronan's alley. Has anyone here used war-game rules as the engine for their game and just role played on top of it? If so, what rules did you use?

Far more clumsy and random than a blaster

I've used Striker a lot with Traveller, mainly as a supplementary combat system with support for vehicles.

The other thing I've done is to expand Car Wars into a role playing game by adding a character generation system and various other rules. Humans all had 3 hit points.

I guess it depends on what you call a wargame.

When my partner and I play Space Hulk, we get descriptive, and I role play the Space Marine Terminators in my squad. We're still just playing Space Hulk.

Most of the time I've played Star Fleet Battles or other starship combat games, my ship has a name and my captain has a name and sometimes his bridge crew is named. And often when one side has the other on the ropes, we've had hailing frequencies open and role played captains taunting or demanding surrender.

I have a whole homebrew game I made which was nothing but starship combat, but we role played with it.

Just about every FASA hexgrid combat game encourages you to name pilots and track their experience to level them up.

Kinda. I was running Crimson Blades, which is inspired by Chainmail.
Then my players converged on the opinion that it ain't working, and asked me to start the next campaign that they know I was planning, but I can't say that this was the fault of the rules

I will sometimes have a miniature wargame battle when the story line requires one. So, in an ancient Roman game, in a frontier province, the barbarians simply have to raid over the border sometime, and this is a good time to break out the miniatures. I will also use a Braunstein style game to set the scene for a campaign, by having a wargame/roleplaying scenario that takes place at some point in time before the campaign is set, and which has something to do with that story line.

Only Battletech (without Mechwarrior) comes to mind and the roleplaying side was pretty sketchy. It was mostly about creating a campaign to make the battle we fought more interesting. I help found my college's gaming club and our bread and butter activity was Battletech (circa 1987 to 89), The campaign was established to get the whole club involved. What it amounted to is one side defending a planet and the other side invading it. It was OK but our formal tournaments were more popular so it ran out of steam by the end of the school year.

However using wargames are part of tabletop roleplaying campaign occurred more frequently I used AD&D Battlesystem 1e a lot (and still do for Swords & Wizardry). As well as GURPS Mass Combat.

The most notable use of a wargame or board game was when my friend and I decided to resolve the City State Civil War with a boardgame he created. The civil war has been going on for ten years real time and 20 years game time. 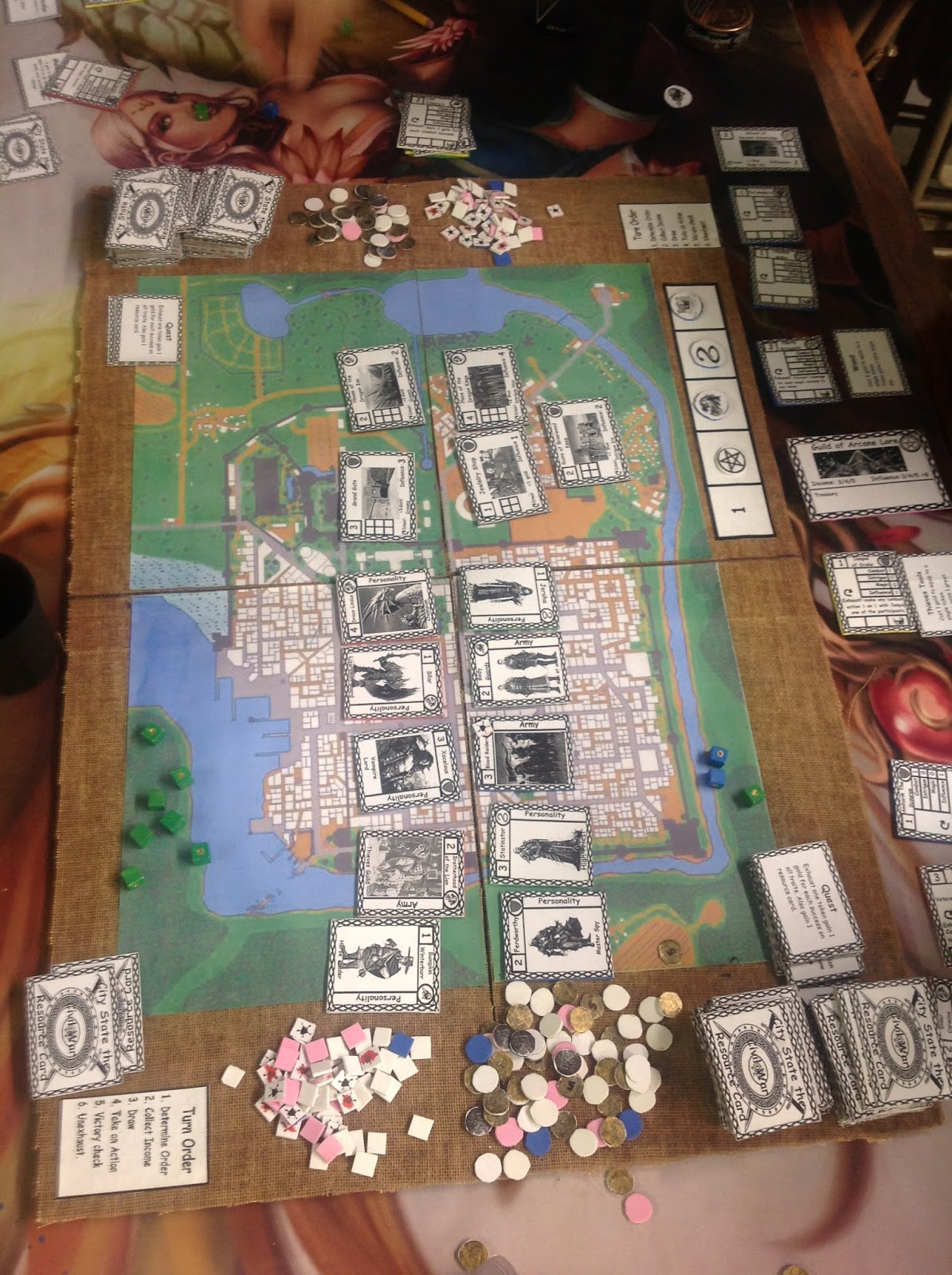 We roleplayed our Dawn Patrol pilots before, during, and after missions, but not really using any rules for it as it never became necessary.

I like Pandemic (however, not a war game at all), and when I play I think I roleplay my character to be funny. I'm afraid it might just be funny to me and obnoxious to everyone else.

"We gotta get ahead of the virus. Forget Atlanta, people, it's LOST. We're building a new facility here. . .in Santiago !!"

We did quite a bit of RP when playing Mordheim.

We dabbled with this a little bit back when 40k was still called Rogue Trader. It was fun, but really limited.

My answer to this question is exactly what TristramEvans said.
M

I thought some people played Squad Leader as something like an RPG.
M

Chainmail (obviously). I actually did this in the mid-late 70's

For the couple of years when Melee and Wizard were published but In The Labyrinth was not we effectively roleplayed using the initial boardgames.

Back in the day when I played Warhammer RPG (the one game I own, but have never GM'd), every campaign would end in a huge set piece battle with purpose built scenery and terrain. The characters became the unit champions and generals and it was fairly easy to switch between the rules. Some of the battles had so many minis on the table it took several gaming sessions to complete.
You must log in or register to reply here.
Share:
Facebook Twitter Reddit Pinterest Tumblr WhatsApp Email Link
Top