Tell us about something good that you got recently

The Kickstarter delivery of Spectaculars came through. It's a quick play short campaign supers RPG. In some ways, it feels like a board or card game, but I am actually sort of okay with that. Nice thing to run on an afternoon where you don't have anything else planned.

Downside(ish)?: it's built around a consumable model. It's convenient, but goes against 40 years of how I approach RPG product. You write in the setting book, and the character sheets and adventures are a tear off pad. Now I know that I purchased 1e and 2e D&D character sheets back in the day, but I have sort of gotten away from that thinking.

On the bright side, you can download and print most of the sheets. I also considered buying a pad of stickies and putting it in the book so I don't have to right on them directly.

A while ago my Kickstarter-exclusive offset hardcover edition of Trilemma Adventures arrived. What a beautiful book! And usable!

Far more clumsy and random than a blaster

I got some American 8.5x11" size paper - which is not that easy to find on this side of the atlantic, at least not from vendors who actually have it locally and don't want to charge an arm and a leg for shipping. There's some glossy presentation paper, which comes up nicely on my colour laser, and a ream of ordinary laser printer paper.

The reason for this is DTRPG. I want to use their hard cover books as a medium for producing the city map as a sort of gazetteer. Unfortunately they don't support A4 in hard cover for some reason, so I'll have to re-tile the map for 8.5x11" letter. I'm also thinking of 6.14x9.21", which is the largest size available at 'small' rates, but that would increase the page count by about 40% and make the scale tiles less than 1km across. I don't want to shrink them too small as the street names and labels really can't go below about 6-7pt without starting to become hard to read for groggy old farts like me.
Last edited: Mar 28, 2020

Over here we’ve been talking about sci-fi gaming, and since my group love minis, and since I really like the fantasy map books I have, I’ve invested in the Giant Book of Sci-Fi maps.

Boarding action on a mid-size ship?

Combat in a facility?

Spilling into the streets?

Loke also do maps, and since at some point there will definitely be action on a bigger space vessel I also picked up this:

That’s 4ft x 2ft and vinyl so you can use white board etc markers on it if needed.

I‘ll be keeping the ship as a surprise for my players later in the campaign, can’t wait to see their faces!
E

dbm said:
Over here we’ve been talking about sci-fi gaming, and since my group love minis, and since I really like the fantasy map books I have, I’ve invested in the Giant Book of Sci-Fi maps.
Click to expand...

I have the Big Book version of that. Haven't had a chance to use it yet, but it's pretty cool.
A

E-Rocker said:
I have the Big Book version of that. Haven't had a chance to use it yet, but it's pretty cool.
Click to expand...

That book looked big enough to me as it was...

The Big Book is smaller than the Giant Book that dbm posted the pics of. Same maps, though.

They will be doing a Giant Book of Cyberpunk Maps soon, I shall be getting that as soon as it is available!

Pi'Rats Kickstarter is delivering this month, and I'm pretty psyched

Just ordered this from Magic Madhouse in the UK. Decent price for what you get. 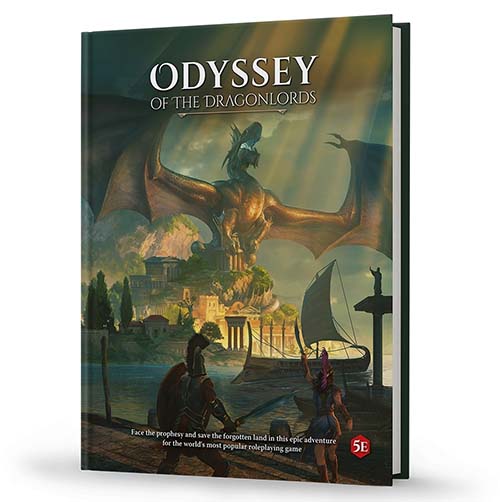 OHT said:
Just ordered this from Magic Madhouse in the UK. Decent price for what you get.

Saw that and wondered how the setting is. Let us know if it’s any good.

CRKrueger said:
Saw that and wondered how the setting is. Let us know if it’s any good.
Click to expand...

Will do. The players guide is free on drivethru. 28 pages with all the new player options in it. Some of the sub-classes look great. The Bard college of Epic poetry is basically what i'm playing right now. Then you've got Philosophy Wizards. Not too keen on some player races though. Medusa?

Whilst you folks in the US probably already have yours, Decks of Destiny for The Fantasy Trip is starting to arrive in the UK and beyond...

I bought a 1999 Jeep Wrangler Sport with the v6. The red chili pepper pearl color. It makes me squee.

Now when I go gaming I go in style.

My recent items was 2D6 Afterday, a Cepeheus Engine based post-apocalypse rpg. Also got my kickstarter copy of Hit the Streets: Defend the Block, which is a very street level superhero rpg

I actually ordered it before the world started to go to hell.

The Traveller Book, currently $20 for the hardcover (same price as PDF) + shipping. Impressed with the look and binding. Hope it holds up, never ordered POD from drivethru before. This is all the Traveller I really need (though if they offered PODs of Citizens of the Imperium and Library Data, I'd get that, too). Been paring my physical collection down (or in this case, up) to what I consider "essential" RPGs. This is one of them.
Last edited: Mar 23, 2020

Just in time to be playing always online...I got these beauties from GameScience:

Just picked up Wizards & Warriors on DVD. All 8 episodes. Found a used copy for 11 bucks, they normally go for double that new. And since it's used, it shipped sooner (new ones are POD). Win/win. For those not familiar, it's a goofy fantasy series from the early 80s. It's got a heavy comedic bent. Is it great? Nah, but it's got lighting hawks. LIGHTING HAWKS!

I forgot that existed. I only got to see a couple of episodes as a kid, but I recall loving it. I have a feeling that it would seem pretty terrible now. Still, I think I'm going to have to seek out an episode or two.

Rich H said:
Picked up these two books at Christmas... 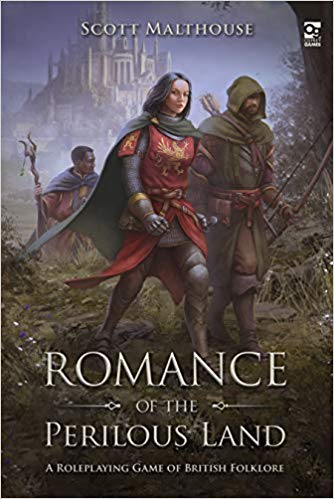 Romance of the Perilous Land is a roleplaying game of magic and adventure set in the world of British folklore, from the stories of King Arthur to the wonderful regional tales told throughout this green and pleasant land. It is a world of romantic chivalry, but also of great danger, with ambitious kings, evil knights, and thieving brigands terrorising the land, while greedy giants, malevolent sorcerers, and water-dwelling knuckers lurk in the shadows. As valiant knights, mighty barbarians, subtle cunning folk, and more, the players are heroes, roaming the land to fight evil, right wrongs, and create their own legends. 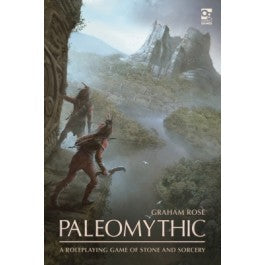 Paleomythic is a roleplaying game of grim survival and mythical adventures in the land of Ancient Mu, a harsh prehistoric world full of mysterious ruins and temples to explore, huge and terrible creatures that roam and spread fear across the land, and nefarious mystics and sorcerers who plot dark schemes from the shadows. It is a world of biting cold winters, of people hunting and foraging to survive, and tribes that wage relentless war.
Taking on the roles of hunters, healers, warriors, soothsayers, and more, players will navigate a world of hostile tribes, otherworldly spirits, prehistoric beasts, and monstrous creatures lurking in the dark places of the world. Players have huge scope in sculpting the game experience that best suits them, whether it's a gritty survival story without a trace of the mystical or a tale of grand adventure and exploration in a mythic setting.

Not read them yet apart from their back cover blurbs and a brief scan through the books but I was intrigued by them and I'm a complete sucker for 'handbook sized' RPGs.

Paleomythic looks interesting. I'm going to see if I can pick this up from somewhere.


Picaroon Jack said:
I picked up a used copy of Z-Land. It's a self-contained d100 zombie game, but what makes it different from most zombie rpgs are the following:
I've enjoyed reading it!
View attachment 14533
Click to expand...

This looks kind of interesting as well, except I prefer my post-apocalyptic settings not (just) zombie-based. Are there any mutants in this game? How crunchy/fiddly is the system? Is it point-buy?
Last edited: Mar 28, 2020

3rik said:
This looks kind of interesting as well, except I prefer my post-apocalyptic settings not (just) zombie-based. Are there any mutants in this game? How crunchy/fiddly is the system? Is it point-buy?
Click to expand...

After the first wave there are these new strange hybrid zombies called the Unborn. They are mutant-esk and not your typical zombie.

It's a pretty streamlined d100 game, for example I think there are only three weapon damage types.

You build characters by rolling d100 on these life-path charts or you can build them from archetypes.

Edgewise said:
I forgot that existed. I only got to see a couple of episodes as a kid, but I recall loving it. I have a feeling that it would seem pretty terrible now. Still, I think I'm going to have to seek out an episode or two.
Click to expand...

It's super corny. Still clever in places. Dat wizard, tho...

Got a bunch of the Fantasy Trip stuff.
C

He's not wearing anything but his beard, is he???

Chris Brady said:
He's not wearing anything but his beard, is he???
Click to expand...

That's not his beard.

I think it's supposed to be a combination of facial/head hair, but I can't be sure...

Chris Brady said:
He's not wearing anything but his beard, is he???
Click to expand...

That awesome boot, and one hopes the other boot.
C

Simon Hogwood said:
That awesome boot, and one hopes the other boot.
Click to expand...