David Johansen said:
Those are lovely Tristram. Where are they from? They look a little too fluid to be Minifigs.
Click to expand...

Light conversions of Grenadier Dragon Lords Orcs. Just a bit of brown stuff for the snouts... 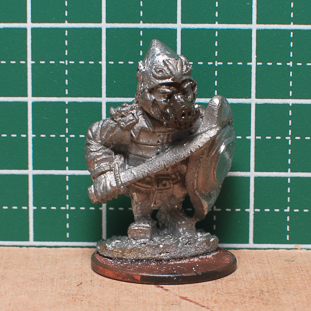 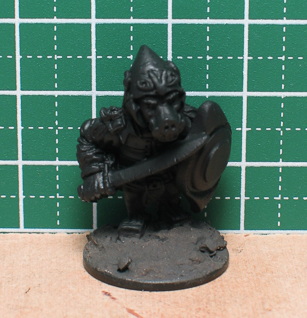 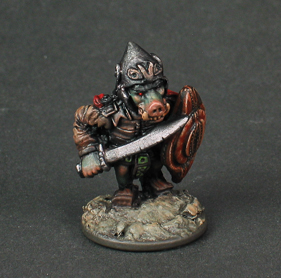 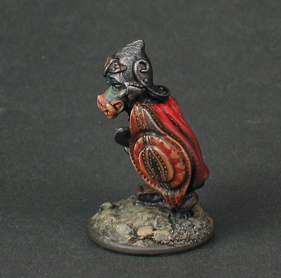 Minifigs were the wrong scale, and the Otherworld miniatures ones hadn't come out yet

I just stumbled on a game on Drivethru that might interest the O.P. It's by Olivier Legrand, author of Mazes & Minotaurs. The game is Path of the Healer--this is the blurb:

Path of the Healer is a fantasy game with a difference. It is not about playing warriors, wizards or rogues in search of adventure, glory or treasure but nonviolent Healers wandering a war-torn land, looking for people to help and heal - the last bringers of Hope and compassion in a desperate world, where years of bloodshed have turned men into monsters and foul Unliving creatures have joined the chaos of a never-ending war...
Click to expand...

Unlike Mazes & Minotaurs it's not free ($4), but all the money is donated to Doctors without Borders.

Lofgeornost said:
I just stumbled on a game on Drivethru that might interest the O.P. It's by Olivier Legrand, author of Mazes & Minotaurs. The game is Path of the Healer--this is the blurb:

Unlike Mazes & Minotaurs it's not free ($4), but all the money is donated to Doctors without Borders.
Click to expand...

A cool and unique idea! And for those few of us who LIKE playing Clerics too!

I scooped it up (an easy decision as I already support Doctors Across Borders) and it can be found here:

Voros said:
A cool and unique idea! And for those few of us who LIKE playing Clerics too!
Click to expand...

There's also Dead Inside, the game of healing people and giving them stuff. The premise of the game is that you've had your soul stolen and have to grow a new one by performing meritorious deeds. PDQ-based, so fairly light and non-crunchy.

That cleric game is an interesting idea.
Are there any fantasy takes on Star Trek... focus on going out on missions as ambassadors and aid, rather than conquerors? Going to see the goblin king on a mission of peace? Dealing with elf/ork/lizard folk incursions across 'neutral zones' in a manner that does not start a war.
Or maybe something less altruistic, like working for something like the East India Trading Company in a non-military capacity, finding allies among the natives. Writing up treaties the company may or may not honor.

Earthdawn is a fantasy post-apocalypse and has an aspect of rebuilding civilization. Maybe a neglected aspect of that setting... going out to find various Kaers (magic Fallout vaults) and bring them up to snuff. Convince those still closed that it's safe-ish to open up.
Last edited: Wednesday at 2:45 PM

I had a Traveller 5 game where the players all created doctors and scientists and pooled their resources to get a lab ship. That's when the Galaxies In Shadow random medical emergency table was born.
You must log in or register to reply here.
Share:
Facebook Twitter Reddit Pinterest Tumblr WhatsApp Email Link